The Story of SB in Brussels 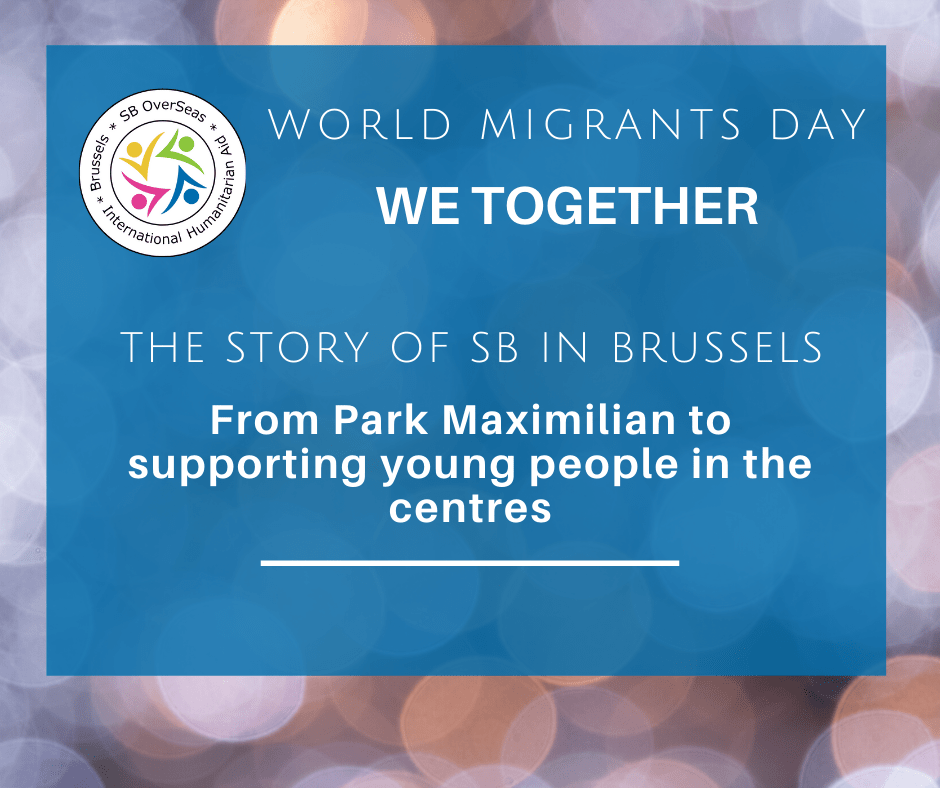 The Story of SB in Brussels

In the late summer of 2015, refugees started to come to Belgium where they arrived to Park Maximilian, a large public park became the infamous temporary home for thousands of people. Situated opposite the Belgian immigration office, within weeks after the first arrival of refugee, the park became a small tent-city set up by upwards of 3,000 refugees. Citizens started to come to the park to support to bring food and clothes and then organisations started to mobilise and had a tent beside the tent of the refugees. We had the first school there, it was we had it with collaboration with Médecines du Monde; we did psychological support and education support to those refugees—volunteers worked on the ground to provide some activities to young people.

The chairwoman of SB OverSeas, Louma Albik, was on the ground speaking with young people, children and women directly. As we were able to mobilise a group that were Arabic speakers, these interactions were more familiar for the refugees who had just arrived. Win this capacity, we worked side by side with Médecins du Monde—our involvement was vital because the mentality of the refugee that arrived, it was very different from the European mentality, and with our expertise in Lebanon we were able to help mediate the cultural differences. Some of the men, women and children living in the park knew us from Lebanon or from Turkey and just by knowing their culture and mentality better than other local or European organisation we were able to better facilitate their access to psychological support.

In the next couple of weeks, the park was completely full of tents and Caritas began hosting families in churches or hospitals and started to provide more accommodation support and meals. Citizens in solidarity with the people sleeping in the park began the movement for social support, legal advice, and the innovative hosting project that continues to this day.

Most of the people in the tents in the park were families from Syria or Iraq, fleeing from the regime. Included in this group were women that were arrested, sexually abused and tortured by the Syrian and Iraqi regimes. Louma recalls one specific instance where a woman who was tortured, was placed in a reception centre in the same room with the person who had tortured her; SB at the time was collaborating with this centre to do such mediation, and Louma recalls that unfortunately due to a lack of information about the situation in her home country “they didn’t understand why she doesn’t want to sleep, and we explained that he was the one with the regime that was torturing her.” This instance was not a one-off occasion. There were many times where in a rush to make placements were made and these kinds of situations were created—making our work as SB vital to provide context and cultural mediation in order to protect these people in a precarious position.

It is with this understanding and expertise that we at SB OverSeas in Belgium has continued our work. In 2017 we began our citizen’s project working with young people living in two centres, first in Neder-Over-Heembeek, a FEDASIL centre of observation and orientation and in Uccle, a Red Cross longer-term centre. Since then we have done activities on the weekends with the hundreds of young refugees that live in the city. At the end of 2018, we expanded to do more activities at a second FEDASIL centre in Woluwe-Saint-Pierre and in 2019 began reaching young girls and women with the “Son Choix, Son Avenir” project at the all-female Red Cross centre in Jette. This citizen this project offers a variety of unique workshops, such as visiting cultural exhibits around the city, learning about chocolate-making , bicycle repairing and a photography workshop given by a professional photographer on the surroundings of the city. Throughout these experiences in the hosting community, young people learn not only about their new home, but they also have the opportunity to discover their interests and passions—all  of which is an essential part of their own self-development.

To learn more about our projects and work in Brussels, read more of our reports, blogs and articles.