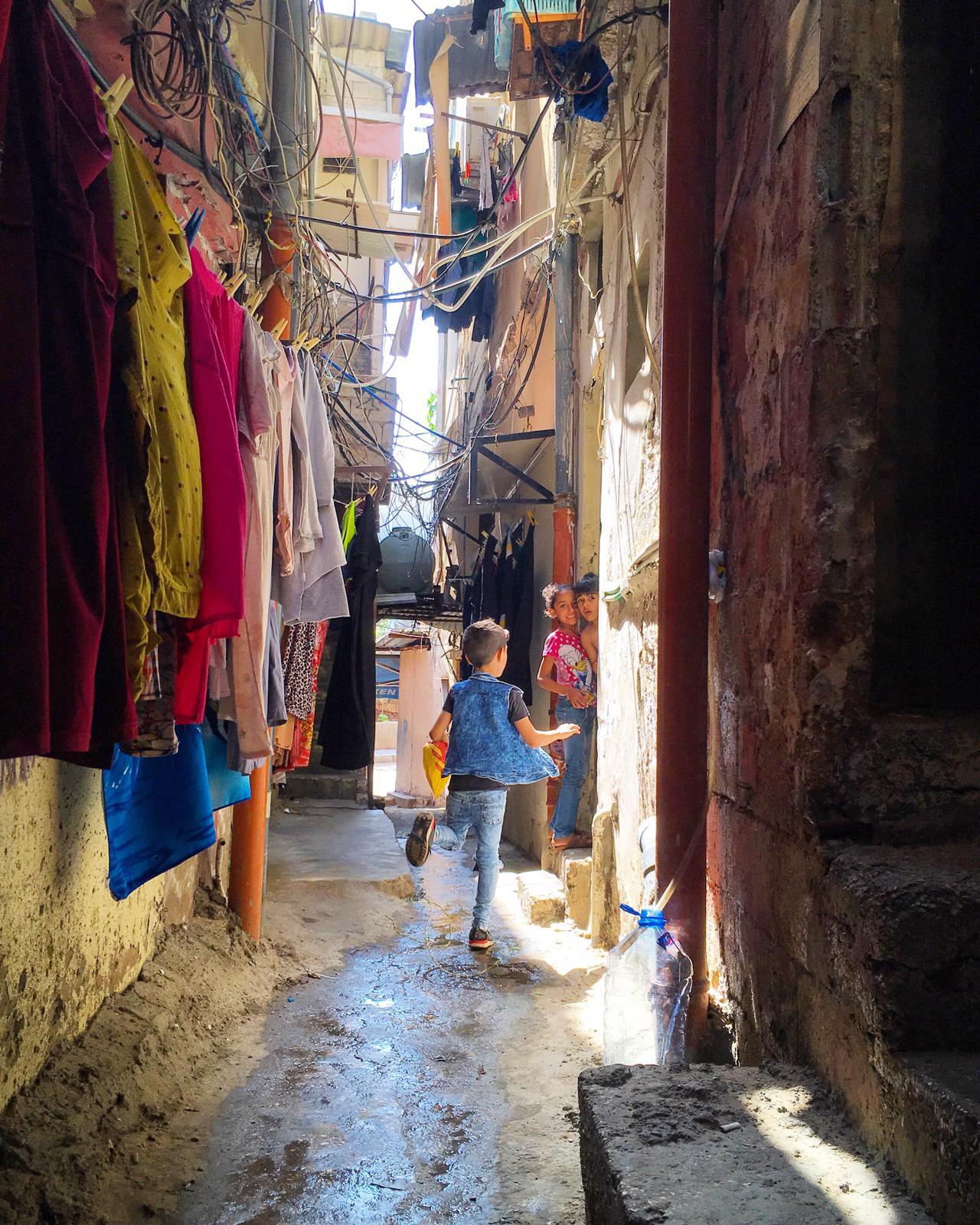 The Bukra Ahla center where we live and work is situated in between the Shatila camp and the most intensive military checkpoint that I have seen in Lebanon. If you head into Shatila, you see an area that looks a lot like projects in the US, though like the rest of Lebanon, it is more crowded, and has street markets. If you head towards the military checkpoint, there are armed men with machine guns, body armour and grenades, and concrete structures reminiscent of the images I saw play out on American news screens about Baghdad or Kabul as a kid. Outside of the checkpoint is a beautifully maintained public park where I run daily, and then you hit Badaro, a neighborhood full of bars, restaurants, young people, students, and foreigners. You could make the entire journey in a less than 20 minute walk.

That in essence is Shatila. With a troubled past, it seems as if the rest of Beirut is tryingto wall it off, treating it like a pariah or a transplant of the war torn conflict zones that most of its residents come from, even if they are a few generations removed. Indeed the location is famous: I remember telling a man in a village relatively far away from Beirut where we lived. He responded immediately, to a perfect stranger, “Ah, so you live in the land of poverty”.

The reality of Shatila is far less dramatic. There is undoubtedly a high level of poverty and all of the challenges associated with that. People are cramped into a tight space, often with low prospects for employment and little ability to change their situation in the immediate future.

There is a rampant lack of education, most troubling with the younger children. Yet despite the perception surrounding it, I have yet to feel unsafe here. Poverty exists everywhere, and in Shatila, while certainly challenging, it is far from hopeless. The work the center does helps to make it that way, bridging the gap in education and allowing a lot of these kids a chance at a better future, one with real opportunity. Likely not all of them will make it through the entire education system and graduate with a high school diploma, but some will; a few will possibly end up at university, and as time goes on that opportunity will spread.

When I think about this, I think of the sacrifices that the families, and even the entire community, must make in order to give their kids this opportunity. Many of the students in the older levels would be working either right now or in the next few years of their lives. One morning I went to a Manoushe shop right next to the school, and I saw an old man walk up and set up a chair, where he would yell at the kids and make sure they went to school on time. He was clearly blind in one eye, and his leg was either very badly damaged or simply a prosthetic.

It is unlikely he will ever see his community dramatically change, but still he sits outside and makes sure that the kids go to school. It reminds me of a story I read once by a reporter I follow.

A man had planted a tree on a hill in Afghanistan in order to make it a nice place to sit. The tree  would likely take 50 years to grow, and the man would be long gone by the time that it was ready. When asked by the reporter why he had planted it, he remarked, “it’s not for me, it’s for the others”.