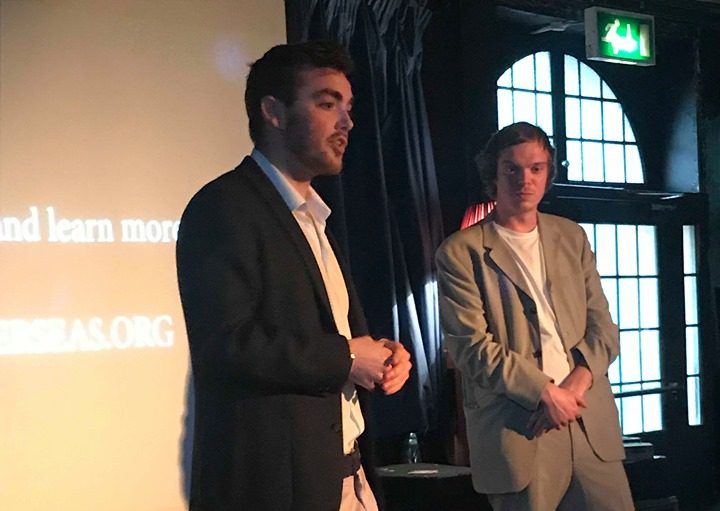 Over the past two weeks, I have had the privilege to present my short documentary, “Giving Hope”, about SB’s excellent work in Lebanon, to audiences in London and Brussels. The film showed SB’s success through the eyes of some of the students it has helped. Having only spent a week of intensive filming in the Shatila, Arsal and Saida refugee camps, we were only able to share a fraction of the organisation’s achievements.

The film itself was a hugely collaborative effort, with friends and acquaintances lending me their services as producers, translators, composers and editors over a nearly six-month production period. There are no words with which to sufficiently express my gratitude to them.

To finally see all this hard work pay off at the London premiere, and at SB’s own Iftar dinner in Brussels, meant so very much. The feedback has been extremely positive: engaged audience members asked good and topical questions, and a number of people have come up to me to offer their time, money and services to SB. I hope that I can build on this initial success, with future screenings planned in Universities across the UK and Ireland, and possible meetings with fundraisers. I want to raise the organisation’s profile, help it generate more funding, and inspire young people to volunteer. Very few things are more important than a quality education, and this is something SB is able to provide to its students despite its limited resources.

Among its many achievements it has taught escaped child brides to read, and 65-year old women to write their own names for the very first time. It has transformed lives. Imagine what it could achieve with real, consistent and significant funding. Imagine how many more children, youths and adults could recover the years they have lost.

How many could be given hope again?