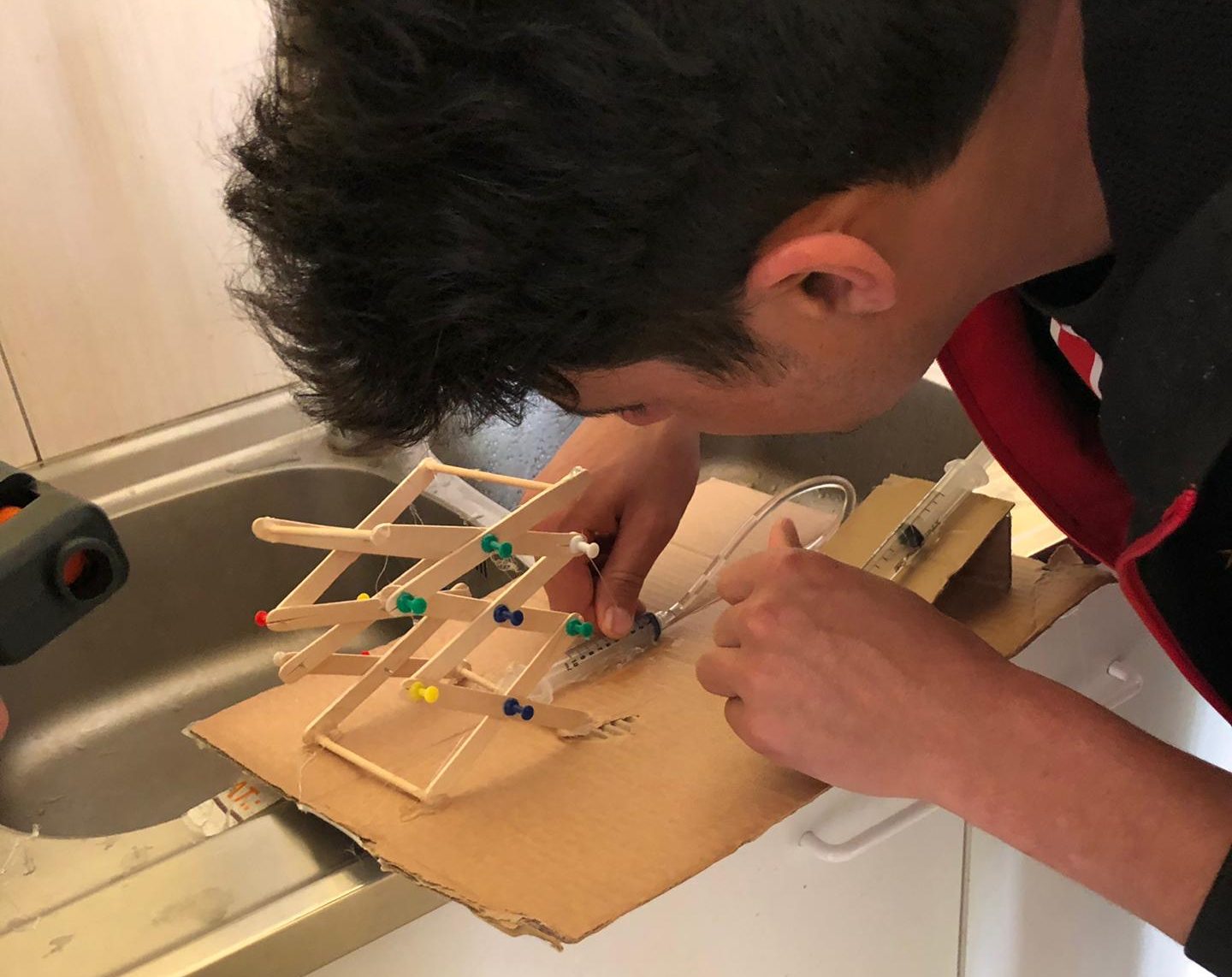 I am of Syrian origin, and I have been able to see the hardships my people have experienced leaving their daily lives and arriving in an unknown place. I was emotionally moved when I saw images of all the children and parents in the camps, others walking thousands of miles to find a.safe place.  Unfortunately, humans are often selfish, it is only when his people are directly affected that he realizes the misery of all the other refugees. That’s why I decided to do Volunteering with SB Espoir.

With SB Espoir, we visit 3 different centres where most of the people present are young underage boys. One of the volunteers, Mona, had the idea to build with these young people, different kinds of hydraulic robots. Indeed, it was a very good idea. The day before the activity, Mona had already built a robot, so she had a model ready to help and to have as an example As soon as they saw the robot, they did not really believe in themselves that they would be able to do it. The tasks were then divided  and each cut out the pieces of cardboard needed. It was great to see them all together. The great quality of this exercise was that they were all autonomous. Mona did not give many instructions. She was just giving a sheet with the measurements then it had to be built while observing the model. The goal was not to build a robot to perfection but to be autonomous individual and believe in your capabilities.

Once the robot finished, they were impressed to have achieved a nice result. At first, they really did not think they would succeed. In the end, they even asked to keep their robot in their room. We noticed that they were proud and we too were proud of the smile on their faces at the end of the activity.