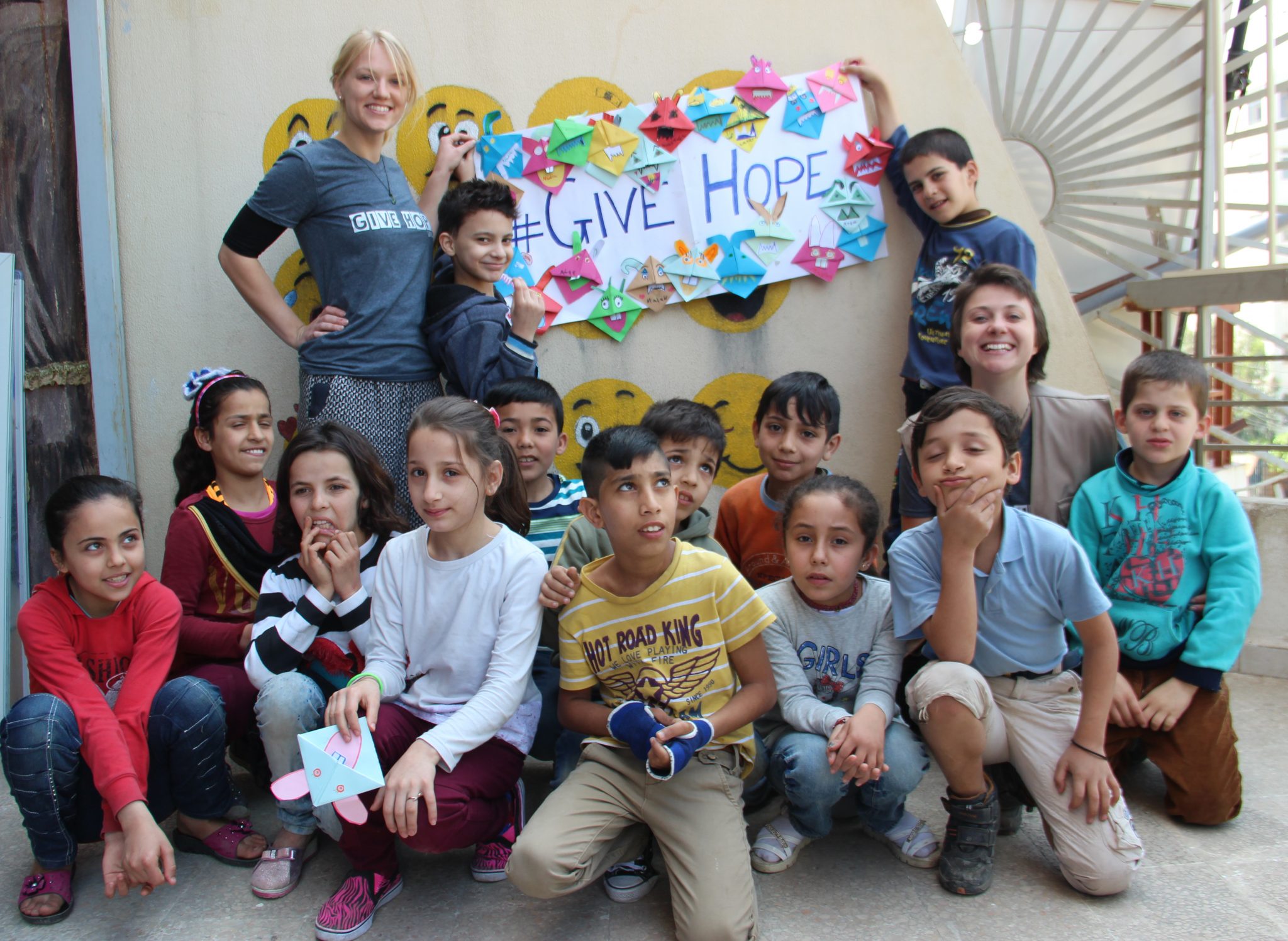 BEIRUT, Lebanon – The children of SB Overseas are among the most vulnerable in the world. Consider Youssef, a 9-year-old boy in grade 0 at SB OverSeas’ Bukra Ahla center in Beirut.

He was born in Manbij, Syria – a city well-known before the war for its educational institutes, archeological sites, a vibrant cultural heritage, and a modern, innovative network of bridges, dams, and roads. His family is from Tal Arish, a small village outside of Manbij between Raqqa and Aleppo, about 50 KM south of the Turkish border.

Historically, Manbij and its countryside supplied the populations of Aleppo and Raqqa with fruits, vegetables, cereals, and livestock product like meats, milk, and cheese. It was the agricultural reservoir that fed most of northern Syria, and thousands of Syrian administrators, traders, and farmers, like Youssef’s parents, were employed by its production and trade.

When Youssef was three, his family left Syria. Forced to abandon their life in Tal Arish, they left behind their house, property, and all their belongings. Before the war, Youssef’s parents made enough money to live comfortably and send his older siblings to school in Manbij. When they left there was nothing – no income, no food, and no way to get to the city.

Manbij has been ruled by multiple occupiers since the beginning of the civil war. In mid-2012, when Youssef was 3, rebels from the Free Syrian Army defeated Syrian government forces in a battle for control of the city, which in turn invoked a retaliatory bombing campaign carried out over the next two years by the Assad regime and Russia. In 2014, when Daesh took control, the situation in Tal Arish worsened. The bombing intensified, Youssef’s house was destroyed, and the option to return home was eliminated. Kurdish Syrian Democratic Forces, or S.D.F., have controlled the area since 2016.

For generations Youssef’s family tended the fields of north central Syria. Now they live in Shatila, a sprawling refugee camp set in southern Beirut, infamous for decrepit buildings of ramshackled concrete and scraps of metal, heaping garbage piles, low hanging electric wires and puddles of stagnant, rancid water. Shatila is home to thousands of Palestinians, Syrians, and, since 2012, Youssef’s family.

Because he was unable to take in oxygen shortly after birth, Youssef was diagnosed with a severe case of cerebral palsy. He lacks depth perception and a sense of balance, his movements are involuntary and uncontrollable, and he is unable to walk on his own. His condition is almost completely debilitating, and coping with the aftermath of the war has been particularly difficult for him and his family.

His mother carried him on their journey from Manbij to Beirut. Now she carries him to and from school every day, up and down 5 flights of uneven, uncommonly narrow stairs, and nearly 2 KM to the center. To ease the burden on him and his mom, and after receiving death threats from their neighbors over a minor dispute about trash, Youssef’s dad tried to find a house they could move to on the first floor. Unfortunately, anywhere that wasn’t irreparably damaged or littered with trash was too expensive.

Youssef’s parents spend more than half of the $330.00 they receive each month from the UNHCR – which is supposed to cover the cost of rent and food – on his medicine. Since Syrian refugees are deprived of the right to work in Lebanon, it’s nearly impossible for them to cover their basic expenses. Although his father searches every day for a job as an assistant painter or builder somewhere in the depths of Shatila, he often goes several weeks without any sort of basic income. Youssef’s older siblings were enrolled in the Lebanese public school system for 1 year before his parents could no longer afford the cost of their transportation. Bukra Ahla is the first school that Youssef has ever attended, and one of the only ones that will accept him, free of charge, in Lebanon.

For obvious reasons, it is very difficult for Youssef to make friends. When he’s not in school, he spends all his time at home: a cramped flat where he shares a single bedroom with his parents, four sisters and two brothers. His mother said, “Sometimes kids from the neighborhood would come to play with his brothers and sisters, but never Youssef. But now that he is in school, he has three friends. The first friends he’s ever had.”

Saddam, Saleh, and Ahmad are his closest friends and biggest supporters. They do all they can to ensure he is never left out of an activity by helping him walk, write, read, and color. These days, Youssef, excited to see friends and eager to study math and Arabic, his favorite subjects, wakes his mother up before school each morning.

After 6 years of struggling and hardship in Shatila, and invasive background checks, thorough health screenings, and multiple interviews with the UNHCR, Youssef’s family was recently notified that they will be resettled in Canada. Despite this great news, their struggle is far from over. They will remain in Shatila for at least another year, potentially up to three, where they will continue grappling to make ends meet before being resettled.

A bright future lies ahead of Youssef in a country with quality public education and affordable health-care. Sitting on his mother’s lap and thinking of the future that belies him, he said, “I want to be a teacher, but it would be too hard to stand all day,” and then, with a smile on his face, he continued, ”So I think I’ll be a manager, it’s much easier to sit.”