Inspiring Others to Believe in the Power of Their Ideas 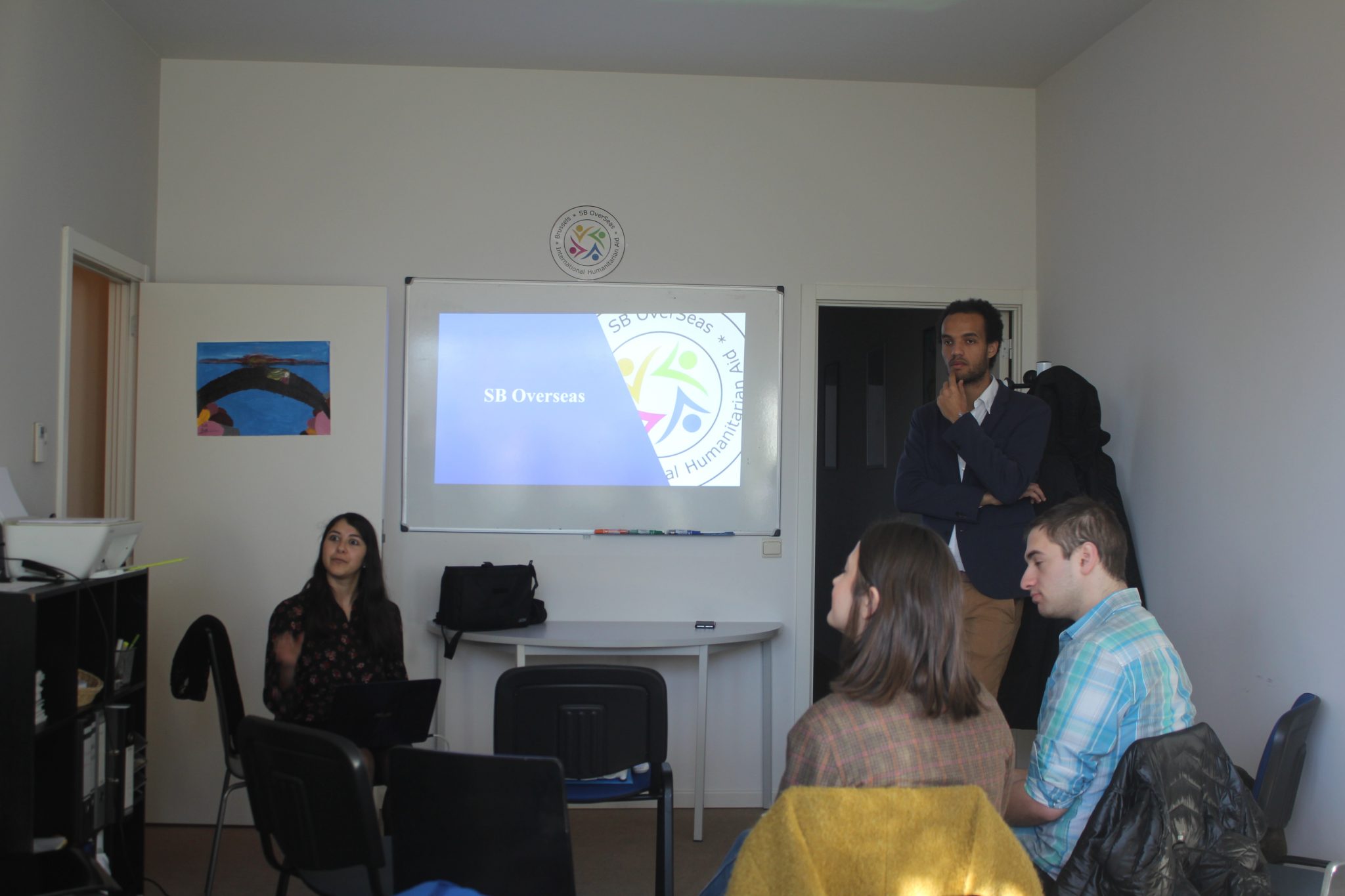 Inspiring Others to Believe in the Power of Their Ideas

One of my favourite parts of being a Volunteer Coordinator is to meet others who are passionate about social change. Working with SB Overseas, I have the priviledge to meet persons whose motivation, creativity and dedication inspire me on a daily basis. We at SB recently met two groups of young professionals that I found particularly striking.

Our SB Espoir Project Coordinator, Marco Cagnolati, and I met with a wonderful group of fellows from the Humanity in Action Pat Cox Fellowship. This Fellowship brings together groups of young professionals from around the world for 3 month traineeships at the European Parliament and NGOs in Brussels. Coming from Bosnia and Herzegovina, Ukraine, Greece, the Netherlands and the United States, between them, the fellows spoke an impressive range of languages. What united this group was their drive for contributing to positive change. Marco and I had initially planned to make a one-hour presentation and Q&A, but with their insightful and though-provoking questions, one hour turned into three!

Some days later, our Chair and I were invited to speak at the Leuven Institute for Ireland in Europe. We met a class of Master students based in Limerick who were in Leuven for a few days as part of a study trip. Several of them came to speak to us after the lecture. An Irish and a Palestinian student seemed particularly moved by our Chair’s account of life in Syria after 2011 and thanked us for showing them that something can be done even in the face of the biggest of challenges. We had coffee with the class and their professor and I had the chance to speak to each student and hear about their personal projects. Again, what united these students from all over the world was the desire to make a positive contribution to their community.

These lectures reminded me just how important it is not only to work hard for the development and implementation of a project you believe in, but to share it with others so that you can encourage them to believe in the power of their ideas. As Margaret Mead said:

“Never doubt that a small group of thoughtful, committed citizens can change the world; indeed, it’s the only thing that ever has”.