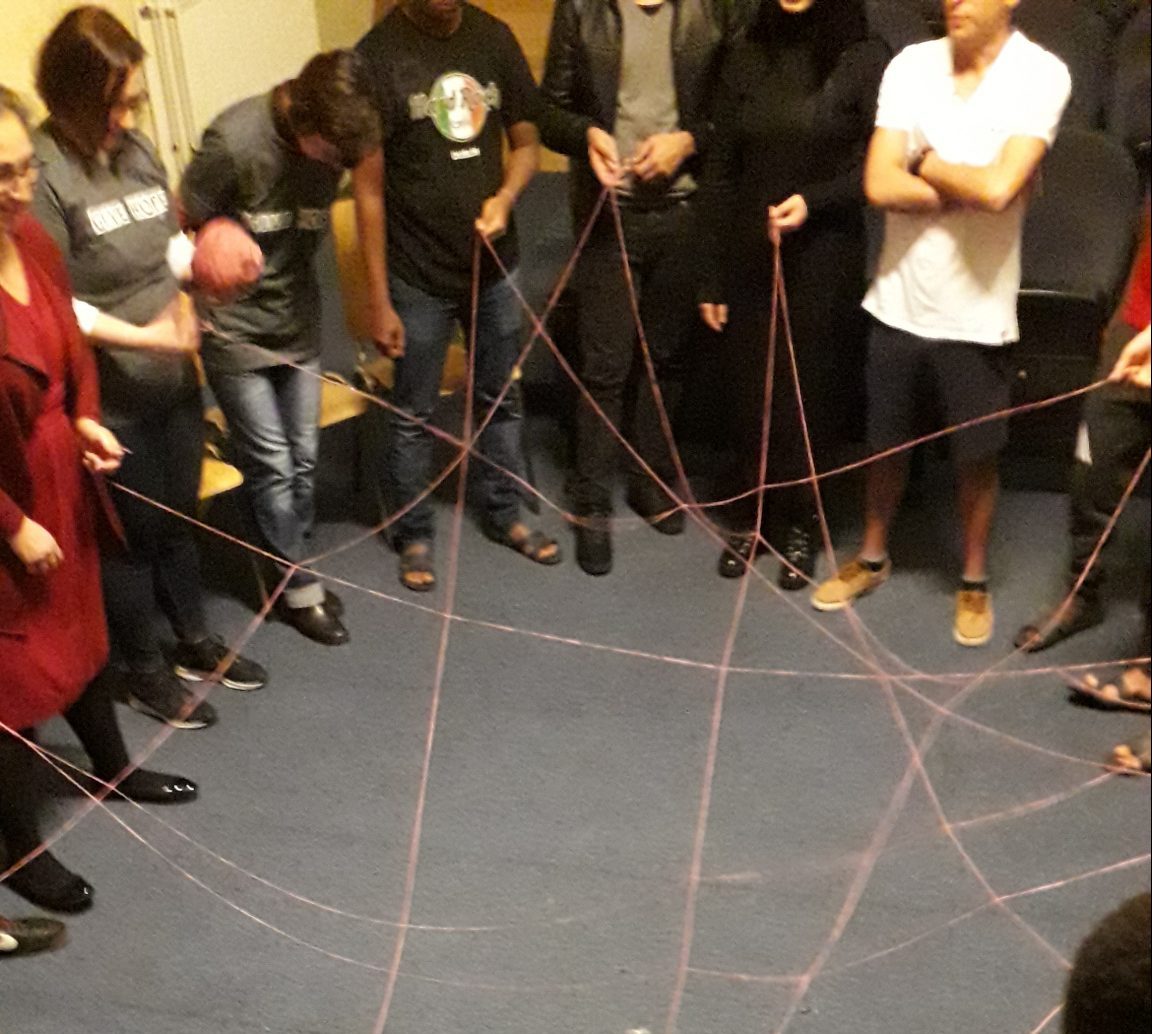 How do you learn about someone when you don’t speak the same language? Or come from the same culture? Many people would find this to be a demanding task. How do you overcome it? In the case of young refugees that arrive to Belgium, this is a task encountered on a daily basis.

In their first month in Belgium, young refugees live in Centers of Orientation and Observation, with sometimes up to 60 other adolescent youth. This is the case at the Fedasil Centre in Woluwe Saint-Pierre (WSP), where SB Espoir does activities several weekends a month. Each month, the. volunteers get to know a new group of youth; but for the youth, every day they are meeting new people who have arrived at the centre, and saying goodbye to ones that have to leave.

Particularly when names seem difficult to pronounce, it’s very easy to not make the effort to remember someone’s name. Sarah led the youth in a game where it was imperative to remember names. Using a ball of yarn, each person tied a piece to their finger and passed it to another person, saying their name each time. When everyone’s name had been said, the group was connected with the yarn, creating a beautiful spiderweb between them.

Palhik Mana works with communities around Brussels and abroad and uses their improvisational technique of “playback theatre” to encourage a dialogue between generations, cultures and other groups. While the youth at the centre has a lot in common, they come from different countries, cultures, backgrounds. Bridging this gap between them is a way to find comfort in a new environment. This was our goal.

As one of the youth reflected, not many of the youth knew each other’s names—but they did by the end of the game.

What this activity taught the youth is that while language often seems like an unsurmountable barrier, two people who do not speak a common language are still able to communicate. Through following positive energy, building on mutual respect and understanding people’s humanity.

Want to be part of this experience? Join SB Espoir: https://sboverseas.org/volunteer/brussels/