No Lost Generation: SB OverSeas calls for pledges from Syria-Brussels conference to be fulfilled 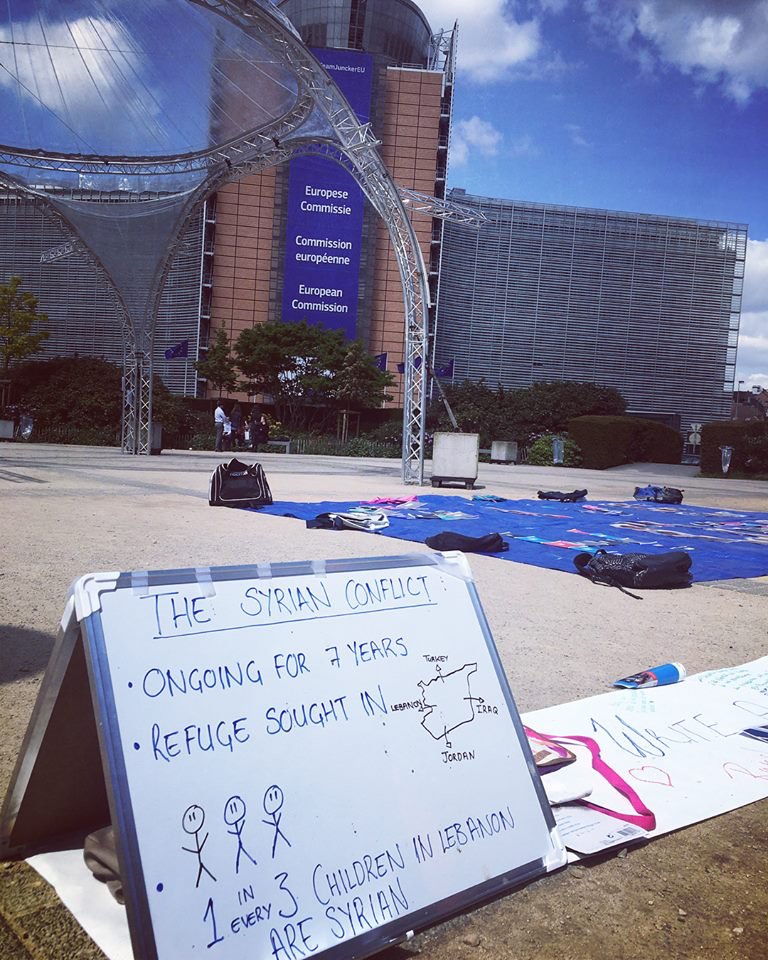 No Lost Generation: SB OverSeas calls for pledges from Syria-Brussels conference to be fulfilled

Last Thursday, SB OverSeas gathered in front of the European Commission in their #GiveHope t-shirts. Following the Syria-Brussels conference the week before, which brought together 86 delegations and over 250 NGOs to discuss how to support the future of Syria, we felt it was the perfect time to redraw attention to the situation in Lebanon.

The two-day conference, held on the 24th– 25th April, culminated in a pledge of $4.4 billion (£3.15bn) in aid for Syria and its neighbours. Whilst this is to be welcomed, it is imperative that these pledges are fulfilled. With only over 50% of funding received for previous pledges (UN Humanitarian Response Plan for Syria; Regional Refugee Resilience Plan), it is important that accountability is ensured.

With the above in mind, SB OverSeas decided to put pressure on the donors and increase public awareness of access to education for refugee children whilst the issue was still on the agenda. We arranged a sign in the words #GiveHope, the name of our campaign, using photos of our students and copybooks. Drawing the attention of passerbys, we explained the situation in Lebanon and the actions of SB OverSeas. People also took the opportunity to write messages of hope on our banner which will be sent to our school near the Shatila camp in Beirut.

See our pictures taken on the day as well as our video (in Arabic) here.

Currently, 1 in every 3 children in Lebanon are Syrian refugees, of which 37% are out of school. This number is in fact much higher as it does not take into account the number of Syrian children who are not registered. A number of factors has led to an entire generation at risk of becoming a so-called ‘lost-generation’. Poverty is a major barrier to education. With 76% of Syrian refugees living below the poverty line, families simply cannot afford to send their children to school with the transport and education-related costs. Additionally, children are often expected to work in order to support the families. Language is another barrier often impeding children from attending school as the Lebanese curriculum is partially taught in English and in French.

SB OverSeas focuses its efforts on access to education for those fleeing the Syrian conflict. We aim to achieve this through our three ‘catch-up’ schools which prepares our students for the Lebanese education system as well as through community outreach where we encourage families to send their children to our informal schooling so they can receive a basic education.