Home away from Home – An interview with Lina Kusaite 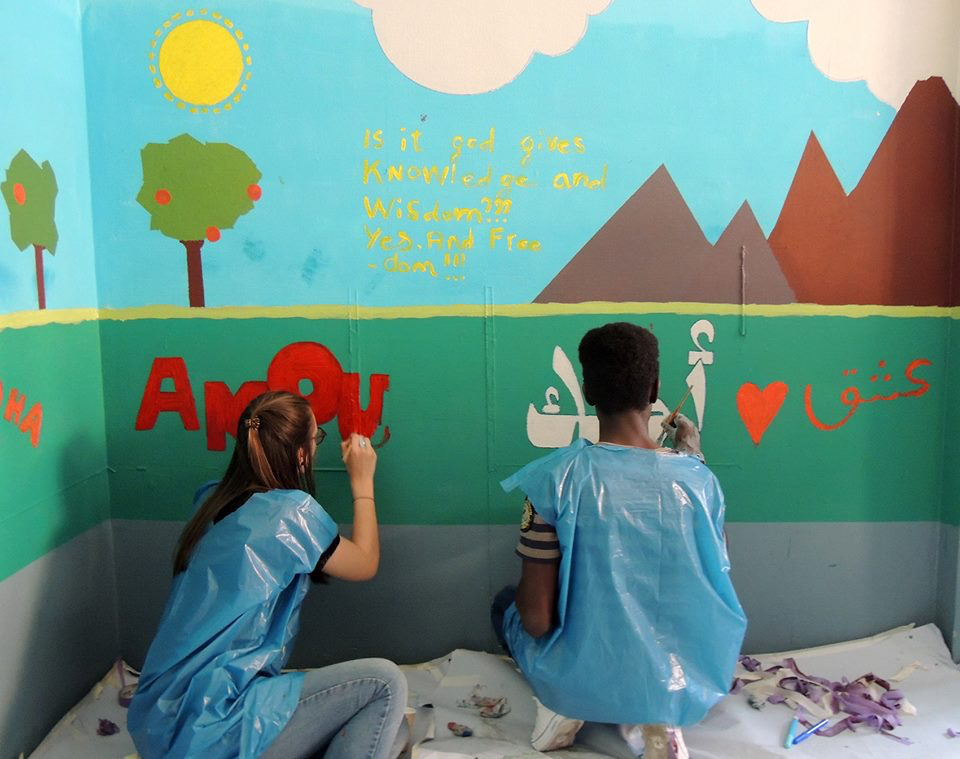 Home away from Home – An interview with Lina Kusaite

This month at SB Espoir we had the opportunity to do a series of workshops with the illustrator, eco-artist and coach Lina Kusaite. The workshops focused on the theme of ‘home’ and its meaning. We got an opportunity to sit down with Lina and ask her a few questions on her experience.

1. What motivated you to get involved with this project?

Ever since the beginning of the migration crisis, I had wanted to get involved as I viewed it as my duty to help the people affected by this crisis in whatever manner I could. I, myself, am an immigrant and had moved to Brussels from Lithuania shortly after the fall of the Soviet Union. I was invited by Imagination Club Brussels, who I had been already involved with for some years, to volunteer with SB OverSeas. On the same day, I ran into my neighbour Marie who told me that she had started working with the same organisation and were looking for people to do some workshops. I could not ignore such a coincidence and it was the perfect opportunity to become involved.

2. How did you prepare your workshops?

I had no idea what was to be expected as I had never worked with asylum seekers. However, I work on the principle of developing workshops based on the needs of the people. From discussions with SB OverSeas and the Red Cross, we decided to focus on the theme ‘home’. Having been in the centre, we felt that colour would brighten up the grey walls and create a more supportive environment for those who call it home.

I created a series of four workshops that focused on visual ways of self-expression, collective creativity and empowerment through creating your own space. The first workshop focused on breaking the ice and creating a bond between the volunteers and the minors through discussing the meaning of home. In the second workshop, we created ideas for the wall using different colours, drawings and word combinations that represented home to each participant. The next two workshops focused on decorating the living space where the minors hung out during their free time. Even as the participants painted, they came up with new ideas on what to put on the walls.

3. What was your overall experience?

I very much enjoyed doing these workshops as working with the teenagers was pleasant and easy especially given their high levels of enthusiasm. This good atmosphere was added to by the dynamic between the volunteers, teenagers and the staff. The series of workshops, as well as the consistent attendance of the volunteers allowed the opportunity for a good relationship to be built on which helps foster integration and inclusion through intercultural dialogue, one of SB Espoir’s aims. My hope for the outcome of the workshops is that the minors can now use the skills gained to create their own home wherever they are.

Check out our video below here created by Christopher Malapitan. https://www.facebook.com/SB.overseas.charity/videos/1849553608401155/

SB Espoir is a program run by SB OverSeas and supported by volunteers, which aims to foster integration and inclusion oftheunaccompanied minors living in asylum centres.