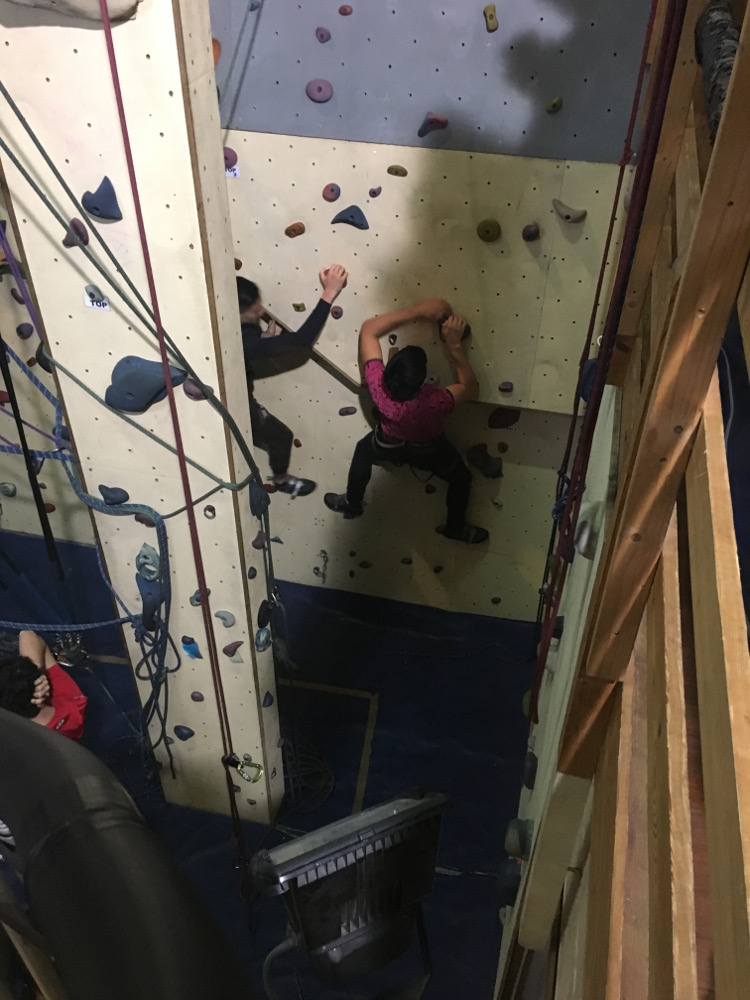 On a brisk December day, ten youth stood in rapt attention as they received their instructions. They stand gazing up at the towering expanse of the wall they will soon attempt to climb. Many of these youth had never seen a climbing wall before, let alone attempted to scale one. Sensations of excitement and anticipation reverberated throughout the room. As the instructor led them through the safety precautions and demonstrated how to put on a harness, the youth followed with a quiet attentiveness that far outstripped their ages. However, once the safety instructions were complete, the respectful silence suddenly transformed into an almost deafening commotion of whoops and shouts of delight. An outside observer would never have guessed that many of these youths had never climbed in a contained setting such as this before. Despite the daunting heights, and the difficulty of some of the walls, the youth seemed to run to the top, with several touching the roof. Yet, even though their excitement was palpable, all of the youth listened attentively to the volunteers and the instructors. 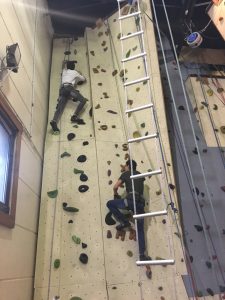 During the session, while taking a break, one of the boys came up to me and said “Madam! This is so fun! I have never seen anything like this before!” This youth clearly highlighted one of the foundational facets of the SB Espoir program: introducing these teens and young men to new experiences and giving them access to new spaces in Brussels. Working with several fantastic partners we have managed to expand the activities in Brussels for these young asylum seekers. You cannot always guarantee that they will enjoy the activity, or even find value in it. But, we do our best to foster learning, increase engagement and build their personal capacities. Even if the only benefit perceived is that they have fun and tried a new activity, then we have been successful.