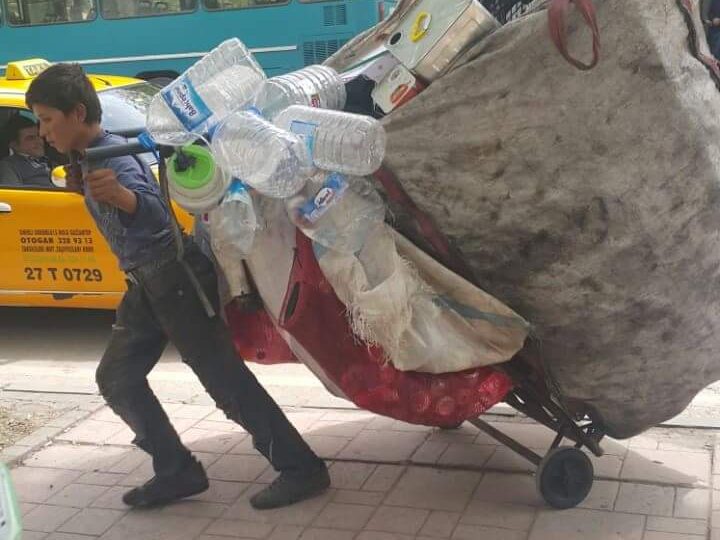 According to the UNHCR’s latest Global Trends report “Forced Displacement”, 65.6 million individuals were forcibly displaced because of persecution, conflict, violence, or Human Rights violations during 2016.[1] Among these 65.6 million, 22,5 million were refugees.[2] Today, the Syria Regional Refugee Response reports that 5,344,184 persons are registered as Syrian refugees globally.[3] Of all the nations receiving refugees, it is Turkey who is shouldering the majority of misplaced individuals, causing a strain on Turkish resources.

On November 5th 2017, Turkey hosted 3,28 million Syrian refugees.[4] For the passed three years, Turkey has been identified by the UNHCR as the country hosting the largest number of refugees worldwide; with a ratio of 1 Syrian refugee for 24 Turkish citizens.[5] In comparison, Europe’s average ratio is 1 Syrian refugee for 508 European citizens.[6] These figures are evolving everyday due to the continued migration flow. Faced with such a great strain, Turkey has demonstrated they do not have the logistical means to deal with such a high-scale immigration.

In this context, the EU-Turkey Statement of March 2016 was intended to share this responsibility between Turkey and the European Union. One of the main areas in which the European Commission is focusing their efforts is education. Indeed, Turkey faces many challenges in this area. It has to be noted that the European Commission estimated the number of Syrian refugee children to 1.3 million in March 2017[7] and 49% of them are currently out of school. According to the latest figures, the remaining 51% of children attended either a formal Turkish schools (18%) or temporary education centres (32.4%).[8]

The temporary education centres have however now been shut down by the Turkish Government. Issues arose as it was considered that the Arabic teaching did not encourage the integration of refugee children. The closing of these centres was thus motivated by the willingness to integrate them in the Turkish national education system. The result unfortunately was that many were discouraged to attend school at all, specifically those whose level of Turkish or resources were insufficient to integrate a Turkish public school. The number of children dropping out of school therefore increased drastically.  This is the gap Soutien Belge OverSeas aims to close.

The Convention on the Rights of the Child in particular provides that States parties “shall take appropriate measures to ensure that a child who is seeking refugee status or who is considered a refugee in accordance with applicable international or domestic law and procedures shall, whether unaccompanied or accompanied by his or her parents or by any other person, receive appropriate protection and humanitarian assistance in the enjoyment of applicable rights set forth in the present Convention and in other international human rights or humanitarian instruments to which the said States are Parties.” (Art.22)

Another instrument setting similar obligations is the 1951 Refugee Convention and its 1967 Protocol stating that “Contracting States shall accord to refugees the same treatment as is accorded to nationals with respect to elementary education,” and with respect to non-elementary education, “treatment as favourable as possible, and, in any event, not less favourable than that accorded to aliens generally in the same circumstances.”[14] Because Turkey does not recognise Syrian Refugees to meet the criteria to be identified as such, as the Turkish government considers the Convention only to apply to persons who have become refugees as a result of events occurring in Europe, they are not protected under this convention but under Turkey’s Law on Foreigner and International Protection of 2013.

This legislation establishes the rights for the beneficiaries of the temporary protection. Thus the Temporary Protection Regulation of October 2014 states that beneficiaries “may be provided with […] education” and that education activities for foreigners “shall be conducted inside and outside [camps] under the control and responsibility of the Ministry of National Education […] in line with the relevant legislation of the Ministry of National Education.”[15]

However, according to the figures mentioned in the introduction, it can be said that Turkey is not fully respecting its obligations under human rights law.

Therefore we can understand the European Commission’s decision to implement instruments, such as the Emergency Social Safety Net and the Conditional Cash Transfer for Education, to remedy to the difficult access to education for Syrian refugees in Turkey. However, it can be stated that these two mechanisms do not provide a long term comprehensive solution to the issue.

Kilis and Gaziantep: the left behind

In light of this, Soutien Belge Overseas decided to reaffirm its commitment to helping Syrian refugee children in Turkey. Indeed, many children nowadays live on the streets, are forced to earn an income for their families or are simply out of schools because they cannot afford either the costs of transportation, books or school equipment. We consider it therefore essential to raise awareness on the reality of refugee children missing out on education and on the urgent need to ease the access to education for these children, as this proves to be the only viable opportunity for them to get off the streets and back to the classroom for a chance to build a new future.

Altough SB Overseas has a presence on the ground since 2015, through its partners in Kilis and Gaziantep, we have met several difficulties in collecting precise data on the situation. The instability of the situation on the ground and the known difficulty to obtain data on the situation in Turkey were the main reasons for this. However, thanks to our partners’ insight, we can claim that the number of children out of school in Kilis is close to 5.0000 children out of 150.000 refugees. Concerning the case of Gaziantep clear statistics cannot be provided, but we observed that due to the high population density and the high rate of unemployment, the number of children on the streets is more than considerable.

The main reason causing the presence of children on the streets has manifested itself to be the lack of income in their families. The fact that refugees are poor has many consequences on their possibilities of education. Apart from the challenge of paying for transportation, books or school equipment, children are often the only source of income for their families.

A second cause is related to the difficult acquisition of the protection card that refugee children must obtain in order to be accepted in public schools. In Kilis and Gaziantep their delivery is currently pending, thus preventing children from going to school. Stuck in this bureaucratic dysfunctionality, some children have managed to collect their protection cards in different cities, being therefore obliged to go to school in the city that issued the card, while living in Gaziantep or Kilis.

A third factor responsible for the phenomenon of children out of school is the language barrier they face. Speaking Arabic instead of Turkish discourages them from attending classes, after having finally enrolled in the Turkish education system.

These circumstances are not new. This statement was already made by several international organisations, including the European Commission in its role of supporting refugee crisis,[16] however, we believe that the issue is still not being properly addressed.

Soutien Belge OverSeas is running successful educational projects in Lebanon that allows children to join the public education system after a programme lasting six months on average. Based on this experience, we are convinced that similar projects are the best solution to close the gap created by these particular circumstances. Moreover, the families express a clear desire to send their children to school and suffer from the current circumstances preventing them from doing it. Therefore, we ask the following from the European Commission:

The need to support refugee children to access education in Turkey is demonstrated by the ongoing existence of schools run by families (as is the case in Kilis) or by NGOs trying to prepare children but through inappropriate means and limited resources. This is a sign of hope, but requires the action of the international community to improve the quality of education and increase the number of children enrolled in schools.